Mushrooms have been used as food, medicine, poison, and in spiritual mushroom practices in religious rituals around the world since at least 5000 BC

Cordyceps is a genus of ascomycete fungi that includes about 400 species. Most Cordyceps species are endoparasitoids, parasitic growing mainly on insects and caterpillars (also known as the caterpillar fungus).

Sounds delicious (hic), but why are they included on FungiTown?

As with Lion’s Mane, Cordyceps are classed as a Nootropic with vast medicinal and performance enhancing properties.

Fortunately for insects and caterpillars alike Fungitown grow their Cordyceps on a rice based substrate.

Cordyceps can’t infect humans, as our bodies are better than insects at destroying attacking pathogens.

Cordyceps suggested uses include as a stimulant/tonic/adaptogen, to enhance athletic performance, to strengthen immune response, and for treatment of liver disorders. I’ll drink to that!

Cordyceps is used to treat coughs, chronic bronchitis, respiratory disorders, kidney disorders, nighttime urination (not quite sure what this is), male sexual problems (married guys may need to take themselves in hand, unless the wife has Cordyceps as well), anemia, irregular heartbeat, high cholesterol, dizziness, weakness, ringing in the ears, and opium addiction. (I don’t know of a lot of opium addiction here is South Africa, but who knows.)

Some people use cordyceps as a stimulant, a tonic, and an “adaptogen,” which is used to increase energy, enhance stamina, and reduce fatigue.

Most of these benefits come from Cordyceps ability to improve our intake of oxygen (VO2max), especially in older adults. 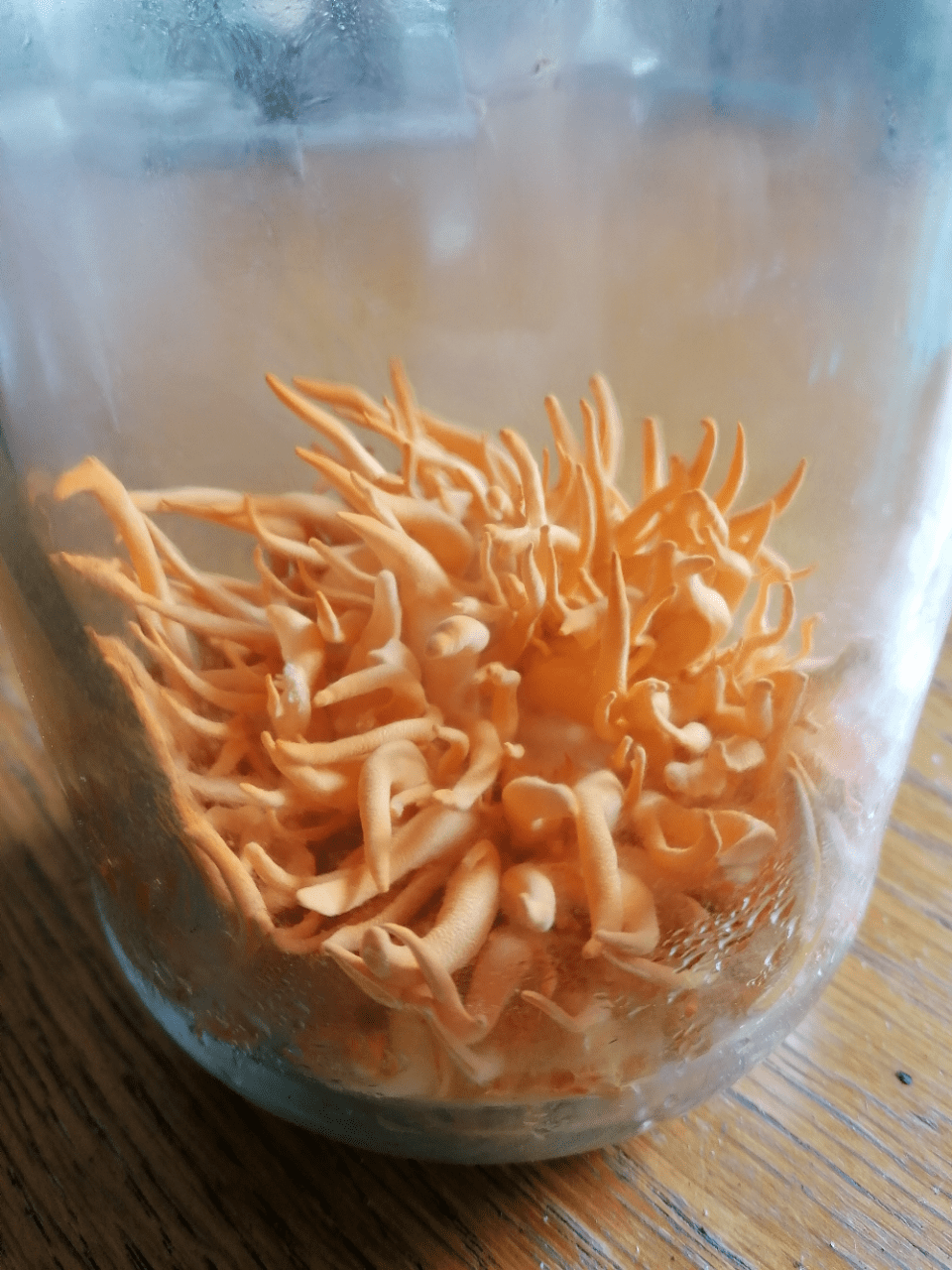 Lion’s Mane versus Cordyceps – which is better for you?

Both of these fungi can stimulate your brain, body, and immune system in unique ways.

Lion’s Mane is typically used for the cognitive benefits, and used by people looking to boost their mental state.

Cordyceps is typically used for energy and endurance, and is popular among athletes.

Both would need to be eaton daily to get the full benefit and as they are hard to source they should rather be taken as an extract.

The quantity of Hericenones and Amyloban, the main active ingredients in Lions Mane and Cordycepin in Cordyceps also make this necessary.

Who wants to grow some Cordyceps? 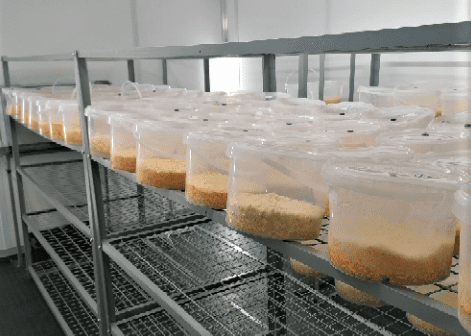 Our new Cordycep facility fruiting room can hold over 1000 5l tubs with ease. We can sterilise close to 80 at a time so with a grow cycle of approximately 6 weeks, thats 2 to 3 runs per week for a continuous output.

The room is kept at a constant 18 C and with lights 12 hours on and 12 hours off. The room is fully insulated to help minimise the cost of temperature control.

The picture is after our first run at the new facility. After a 24 hour cooling down period the tubs are innoculated with 25ml of Cordyceps liquid mycelium and put into the colonising room (similar to the fruiting room but smaller and without the lights) in darkness at 20 C for about 2 weeks. When fully colonised they go into the fruiting room for about 4 weeks to complete fruiting.